Traditional Indian Dress Tour has come into prominence once again. Well, if you notice the trends in fashion industry, you'll realize that modern fashion has aped the styling and designing of the bygone eras, the period of royalty, when Maharajas and Ranis used to spend extravagantly on their clothing. Whatever the royals chose to go in for was reminiscent of splendor and luxury.

Dhoti
Dhoti kurta is the Traditional Indian Dress of men. Unlike other dresses, it is an unstitched piece of cloth usually 5 yards long that is tied around the waist and legs. The knot is tied at the waist. Dhoti is known by different names at different places such as Laacha in Punjabi, dhuti in Bangla.

Kurta
Kurta is a term used to refer to a long loose shirt, the length of which falls below or may be just above the knees of the wearer. In the olden times, it was primarily worn by men, but today, it has become a unisex dress that both men and women can wear.

Indian Salwar Kameez
Salwar kameez is the Traditional Indian Dress for women. Due to its high popularity in the region of Punjab, shalwar kameez is commonly referred to as Punjabi suit. The fashion of Shalwar Kameez in India is not new. Since the past many few centuries, women have been wearing this wonderful attire.

Indian Sari
Sari is one of the most wonderful dresses worn by Indian women. Infact, when one thinks of a typical Indian woman, the first thing that strikes the mind is a woman clad in sari, who is wearing the solah shringar including bindi, chudi, kajal etc.

Turban
In India, one can spot many men wearing turban. Well, turban is tied not for the sake of fashion, but because it has a lot of significance in the lives of Indians. The hair turban is a headdress that basically consists of a long piece of unstitched cloth, which is wrapped around the head.

After breakfast gear up for your visit of Old & New Delhi

Old Delhi - A sightseeing tour of Old Delhi would entail visiting the Raj Ghat - the cremation site of Mahatma Gandhi is one of the most visited sites in Delhi. It consists of a simple square black-marble platform that stands on the spot where Mahatma Gandhi was cremated. Nearby, there are cremation sites of Jawaharlal Nehru - the first Prime Minister of India, Indira Gandhi, Sanjay Gandhi, Rajiv Gandhi and Lal Bahadur Shastri. Jama Masjid - the largest mosque in India.

Red Fort - One of the most spectacular pieces of Mughal Architecture is the Lal Quila or the Red Fort. Built by the Mughal emperor, Shah Jahan between 1638 and 1648, the Red Fort has walls extending up to 2 kms. in length with the height varying from 18 mts. on the river side to 33 mts. on the city side.

Chandni Chowk - a place that has a history of about 400 years. More evidences of the ancient times that once existed in old Delhi can be found out by winding through the labyrinthine lanes of Chandni Chowk in a rickshaw. The pleasure associated with the Rickshaw Ride here is ultimate. The rickshaw rides gives the passengers an opportunity to see a different prospective of Chandni Chowk, which is otherwise only regarded as one of the favourite shopping avenues of Delhi.

New Delhi - An extensive sightseeing tour of New Delhi would include a visit to the Humayun's Tomb, the Qutub Minar, a drive along the ceremonial avenue - Rajpath, past the imposing India Gate, Laxmi Narayan Temple also known as Birla Temple, Parliament House, the President's Residence and would end with a drive through the Diplomatic Enclave. The evening is free to be spent at your leisure. Night stay in Delhi.

CITY PALACE - A delightful blend of Mughal and traditional Rajasthani architecture, the City Palace sprawls over one-seventh of the area in the walled city. It houses the Chandra Mahal, Shri Govind Dev Temple and the City Palace Museum.

JANTAR MANTAR - This is the largest and the best preserved of the five observatories built by Jai Singh II in different parts of the country. This observatory consisting of outsized astronomical instruments is still in use.

HAWA MAHAL - The ornamental facade of this "Palace of Winds" is a prominent landmark in Jaipur. Its five-storey structure of sandstone plastered pink encrusted with fine trelliswork and elaborate balconies. The palace has 953 niches and windows. Built in 1799 by Pratap Singh, the Mahal was a royal grandstand for the palace women. Visit a rug factory and see the ladies at the intricate work or a gem factory and see the gem cutting and polishing process. Night stay in Jaipur.

After a relaxed breakfast proceed for a morning excursion to Amber Fort. Elephant ride ascent to the fort.

AMBER FORT PALACE - Amber is the classic romantic Rajasthani fort palace. Its construction was started by Man Singh I in 1592, and completed by his descendent Jai Singh I. Its forbidding exterior belies an inner paradise where a beautiful fusion of Mughal and Hindu styles finds it's ultimate expression. Continue sight-seeing.

JAIGARH FORT - The Western skyline is dominated by the extensive parkotas (Walls), watch-towers and gateways of Jaigarh. It is one of the few military structures of medieval India preserved almost intact containing palaces, gardens, open and covered reservoirs, a grannary, an armoury, a well planned cannon foundry, several temples, a tall tower and a giant mounted cannon the Jai Ban the largest in the Country.

LAXMI NARAYAN TEMPLE - Situated in the south of Jaipur, Laxmi Narayan Temple is one of the many such temples built by wealthy Birla family in India, thus it is also known as Birla Mandir. The temple is a great reminder of the secular traditions India has shown over the centuries. The temple has been constructed in white marble and has three domes, each portraying the different approaches to religion. The temple is situated at the foot of Moti Doongri Fort, converted as a small palace by Ram Singh II for his wife Gayatri Devi. Night stay in Jaipur.

After breakfast drive to the City of Tajmahal - Agra enroute visiting Fatehpur Sikri- a perfectly preserved red sandstone “ghost town” which was the estranged capital of mughal emperorAkbar, built in 1569 and deserted when its water supply failed. Arrive Agra and transfer to hotel. Night stay in Agra.

After breakfast visit the magnificient Taj Mahal -one of the seven wonders of the world surely the most extravagant expression of love ever created. 20,000 men laboured for over 17 years to build this memorial to Shah Jahan's beloved wife. A ride on Tonga upto Taj is sheer fun and frolic all through. Also visit the Red fort - the rusty and majestic red-sandstone fort of Agra stands on the banks of the river Yamuna and the construction was started by Emperor Akbar in 1566. At the Diwan-I-Am (hall of public audience), a colonnaded hall of red-sandstone with a throne alcove of inlaid marble at the back, the Emperor heard public petitions. At the Diwan-I-Khas (hall of private audience) where marble pavilions with floral inlays lend an ethereal ambience, the Emperor sat on his gem-studded Peacock Throne and met foreign ambassadors and rulers of friendly kingdoms. Evening free to explore the rich handicrafts of Agra. Night stay in Agra.

Morning transfer to railway station to board the train to Jhansi , Arrive Jhansi & drive to Orchha - grandeur has been captured in stone, frozen in time, a rich legacy to the ages. In this medieval city, the hand of time has rested lightly and the palaces and temples built by its Bundela rulers in the 16th and 17th centuries retain much of their pristine perfection.

& transfer to hotel. Later tour of this historical site with magnificient temples and monuments. Some of the palaces were decorated with painted murals which represent the finest flowering of the Bundela school of painting. Night stay in Orchha.

After breakfast explore the Western & Eastern group of temples of khajuraho while your guide explains the intricate meaning and legends behind each describable sculpture.Western Group of Temples in Khajuraho constitutes some of the most splendid and architecturally marvelous specimen of temple architecture in India. The group includes such magnificent temples like Kandariya Mahadeo Temple, Chaunsat Yogini Temple, Chitragupta Temple, Lakshamana Temple, Matangeswara Temple, and Varaha Temple. Eastern temples - the sculptural embellishment and profundity of architectural designs in Temples of Khajuraho is well ostensible in the Eastern Group of Temples. These temples can be subdivided into two groups, one representing some of the finest Jain temples and another scattered through the neighboring village. The Eastern Group of Temples at Khajuraho includes Parsvanath Temple, Adinath Temple, Ghantai Temple, Hanuman temple, and Brhama Temple. Night stay in Khajuraho.

After breakfast transfer to airport to board the flight for Varanasi- said to be the India’s most sacred city situated on the western bank of the holy river Ganga. It is also the oldest living city in the world. As a place for devotion and worship, with hundreds of temples dotting the city , sunrise on the river front as seen from a boat can be a spiritually uplifting sight. It has a fascination uniquely its own, a quality of sublime beauty, a timeless eternal appeal. Varanasi is the city which cannot be described, only experienced. Arrive Varanasi and transfer to hotel. Evening view “Aarti” ceremony on the Ghats. Night stay in Varanasi.

Morning boat cruise at the river Ganges to observe the way of life of pilgrims by the Ghats. Later excursion to Sarnath, 10kms & East of Varanasi, is the place where Buddha chose to deliver his first sermon. The celebrated Mantra, 'Buddham Sharanam Gachhami', owes its origin to Sarnath. On the day before his death Buddha included Sarnath along with Lumbini, Bodh Gaya and Kushinagar as the four places he thought to be sacred to his followers. It makes Sarnath one of the most venerated Buddhist places. Besides Buddhism, Sarnath is also connected with Jainism. There are many Buddhist monuments and edifices in Sarnath. Some of the important Buddhist monuments at Sarnath are the Dhamekha stupa, the Chaukhandi stupa and monasteries and temples of different schools of Buddhism from Japan, China, Thailand, Burma and others. The Indian Buddhist society called Mahabodhi Society maintains a park around the Buddha temple. The Mahabodhi Temple within the park has a tooth relic of the Buddha.There is also a vast expanse of ancient ruins at Sarnath. Several Buddhist structures were raised at Sarnath between the 3rd century BC and the 11th century AD, and today it presents the most expansive ruins amongst places on the Buddhist trail. The Ashoka pillar of Sarnath is the National emblem of India. Also visit the deer park and the museum and later back to Varanasi . Night stay in Varanasi.

Morning at leisure, Afternoon transfer to airport to connect the flight for Delhi , Arrive Delhi & transfer to hotel. Rest of the day at leisure or last minute shopping etc. Night stay in Delhi.

Transfer to airport in time to board the onward flight. 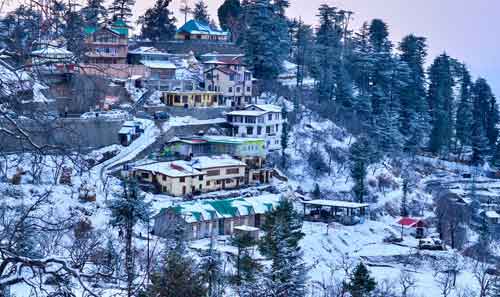 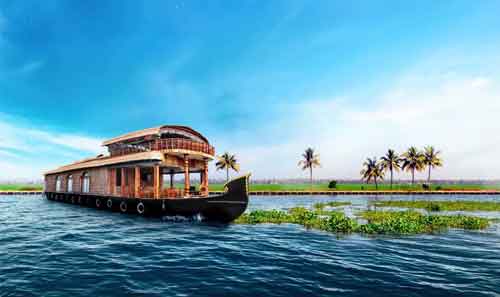 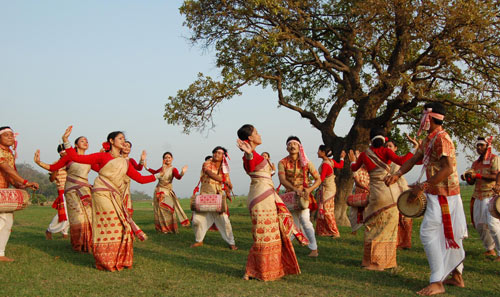 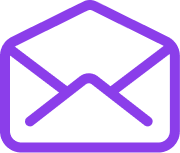 Get the latest news and offers